A Sense of Self: One Family, Different Racial and Cultural Identities

A Sense of Self: One Family, Different Racial and Cultural Identities

Sabina McKenna on exploring and affirming your identity when you come from a family of multiple different cultural and racial backgrounds, and how family ties don't always cancel out different lived experiences.

For mixed and multiethnic people, affirming a sense of identity is complex enough.

Add to this, having to navigate what it means to come from a family of multiple different cultural and racial backgrounds.

As a mixed-race individual, my exploration of identity has predominantly focused on understanding the impacts of my proximity to – or distance from – whiteness, and how that informs the way others perceive me, and my sense of self.

Of course, there are many nuances in between, and during a recent conversation with a family member, who used a racial slur ‘as a joke’, I realised that being family doesn’t cancel out differences in our lived experiences.

Following this encounter, on one hand, I was completely unraveled, but at the same time I know that intercultural misunderstandings are so common that I wanted to find a solution for how to address this.

Melbourne DJ, Tinika Pasinetti, grew up in a traditional Italian household, and has grappled with similar experiences throughout her life. Her father is British-Ghanaian, and her Italian mother remarried after she, Tinka and her twin brother, Sebastian, migrated to Australia from the UK.

Their family dynamic changed as her step-father’s conservative values became that of the family’s, and the siblings felt pressure to minimise their identities as people of colour.

‘Growing up I was so confused about who I was’, explains Tinika. ‘We all spoke the language and shared the food and culture—I genuinely did not see myself as black. Even though a lot of the time I was subconsciously trying to prove my whiteness.’

‘After moving to Australia, with two young black children, my mum didn’t want us to stick out. So she would always choose my clothes, which I hated.

On one occasion I dressed myself in clothing I would wear today: something sporty or ‘urban’ – but she made me change and said you’re not going out into the world as one of those n-words.’

‘From then I was afraid to do or say anything associated with blackness, because I knew race would always stand out first’.

Distancing oneself from being associated with potential racial stereotypes is a survival mechanism passed down from previous generations.

Historically, foregoing cultural identity in order to assimilate was an expectation for migrant populations to be accepted into white-Australian society.

And for First Nations this was enforced by ethnic cleansing. Even acknowledging race was considered taboo, which perpetuated many of the harmful beliefs associated with older generations, that we now struggle to call out.

For mixed-race children with white parents this is intensified. Having discussions about race becomes a challenging gamble between educating our loved ones, and trying to preserve our mental well-being and familial relationships. 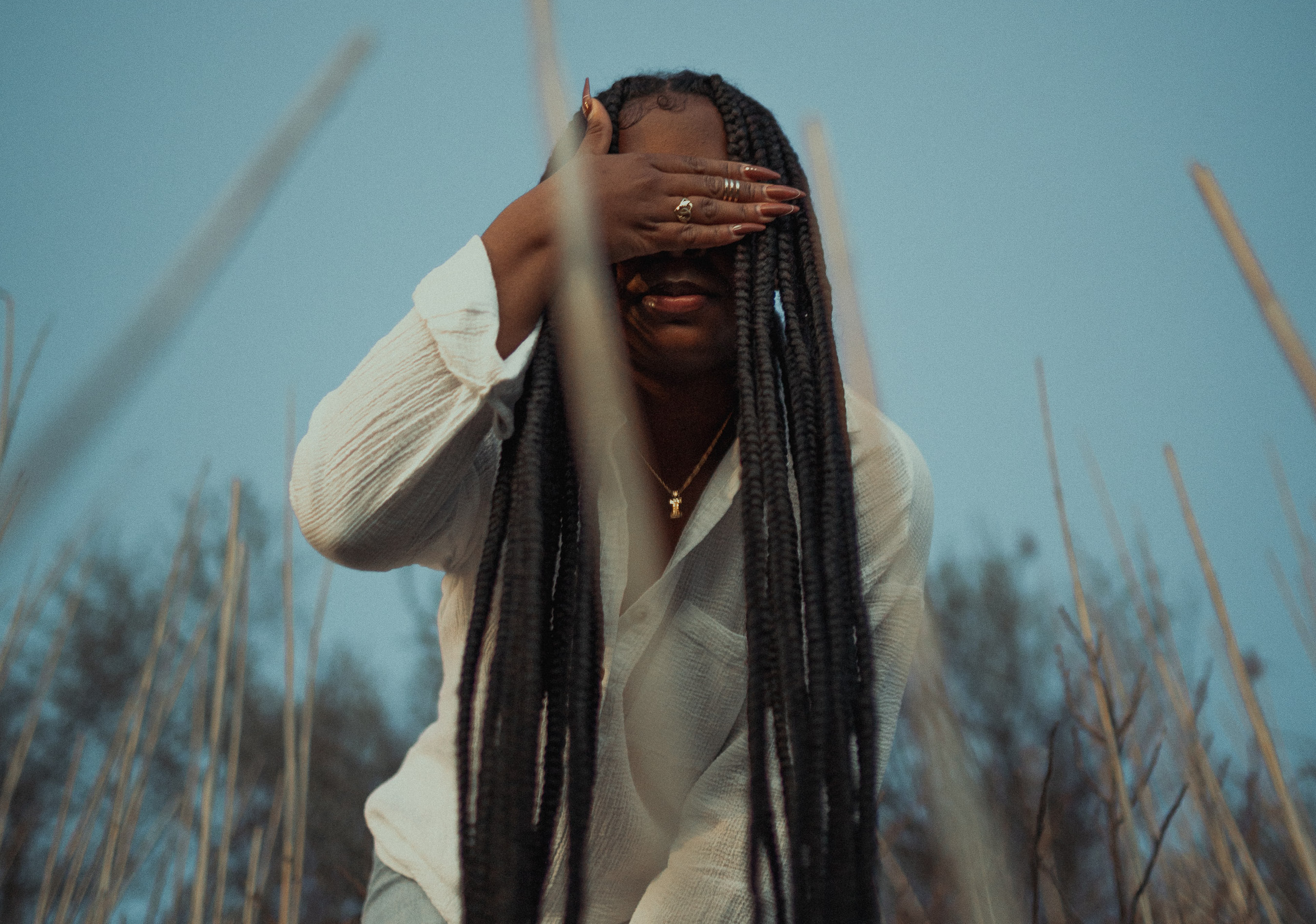 ‘I’m incredibly close to my mum, but I do silence myself to save the relationship’. Tinika continued. ‘I wouldn’t accept that from anyone else, but my whole life I never addressed it. One day my therapist said: "your family has to understand you. You are a visibly black person, if they don’t see that, that is an issue."

I relate to what Tinika said about choosing to stay silent. In a way it is an act of self-preservation – or a temporary one at least. And with silence is exactly how I responded to my relative, when they used a racial slur toward me.

I believe that BIPOC (Black, Indigenous, People of Colour) have the right to determine whether or not it’s safe to call something out, but also that if we can call something out, we should. But what happens when we do, and what is the best way to go about it?

Podcast Producer and Host, Raquel Deserbelles, discovered that when her brother, Héritier Lumumba, found space to explore his cultural identity it had a positive effect on everyone else in her family.

Their experience of culture is complex: her mother is Amazonian-Indigenous Brazilian, Héritier is Afro-Brazilian, and her other siblings, Matt and Gabriel, are Brazilian-Anglo.

Despite that, her father’s colonial ideals dominated their lives, making it hard for Raquel to see the many layers behind the issues they were facing.

‘Growing up I didn't have the tools to understand what was happening’, said Raquel. ‘As my brother was discovering his identity, at first it was really painful. We were in Perth, in the early 2000s, and he really shut himself off from the family. I had that problematic view that we're all one and I don’t want to see our differences – so I got angry at him and thought he was the problem.’

By choosing to move through these feelings and actually acknowledge her brother’s experience Raquel began a process of understanding and accepting the existence of different racial identities, including her own.

‘I would see Héritier being exposed to racism, and then go and do research. Eventually I saw a collective narrative. We sat down together one day and I said: "I want to apologise for the times I said racist remarks." I wanted to listen to him about how our family had affected him, and he spoke to me for three hours.

I remember wanting to cry. I felt so uncomfortable. But then I realised it wasn't supposed to be a conversation for me to feel comfortable.’

‘It encouraged me to understand my own identity, and that encouraged my mum to return to hers. So now I embrace that side of my heritage, but always while understanding the space in which I can do that, because I'm still a white woman.’

Raquel’s story is a powerful example of how stepping outside of your own experience and paying attention to the people around you can bring so much perspective, and avoid so much harm.

It’s also a reminder that there is still so much work to do, as racism is an everyday experience for people who aren’t white. 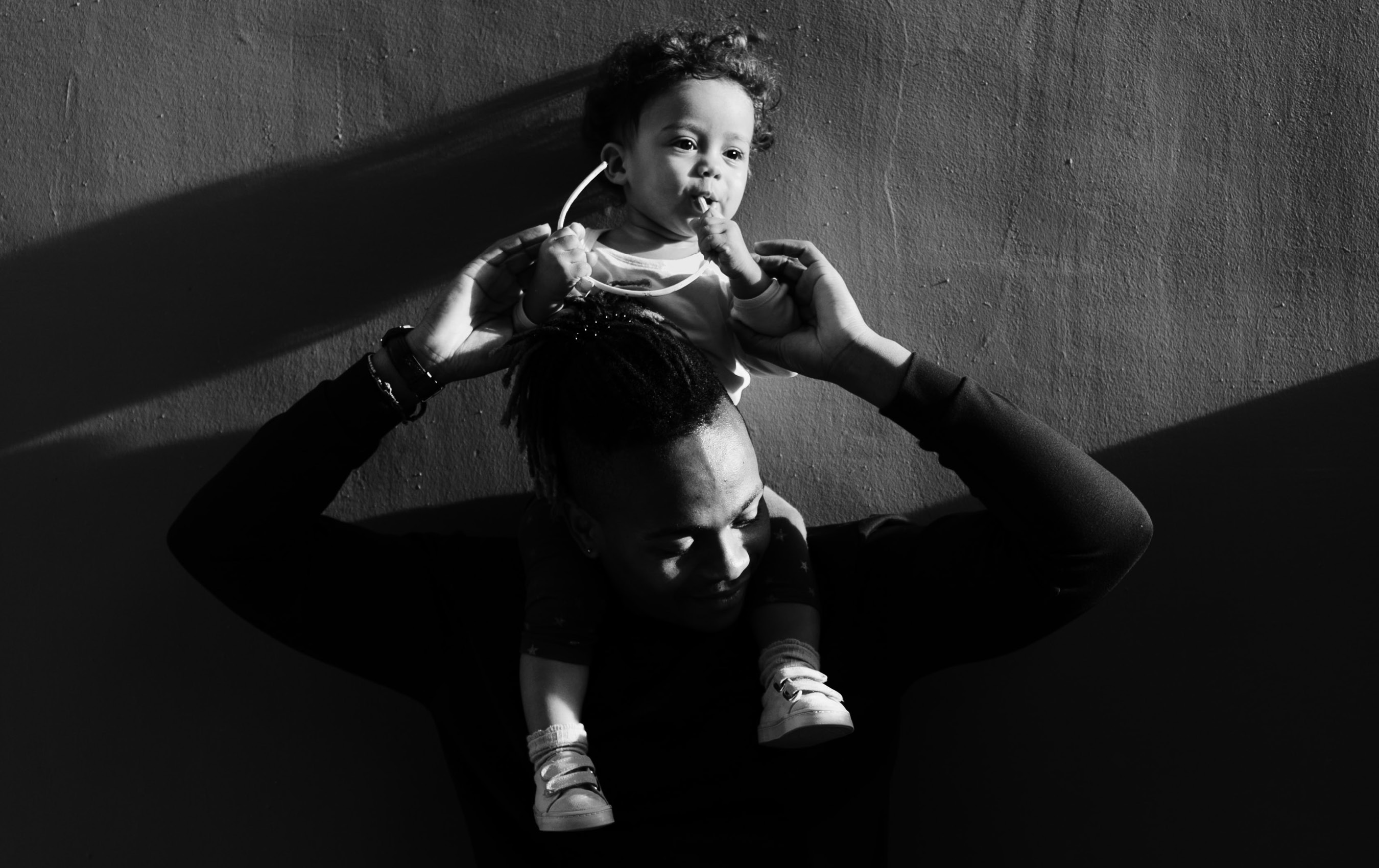 The pace at which we are addressing this feels way too slow for a country that is home to the world’s oldest continuing cultures, and millions of people who have settled here - half of whom have at least one parent who was born overseas.

Returning to Tinika’s family, her twin brother said: ‘It’s hard to go into detail about these situations without feeling triggered, but while being understood is something I have struggled with, my life has also been influenced by many cultures, and I hope I can continue to explore which parts of that align with me most.’

I hope that we can all continue that exploration too.